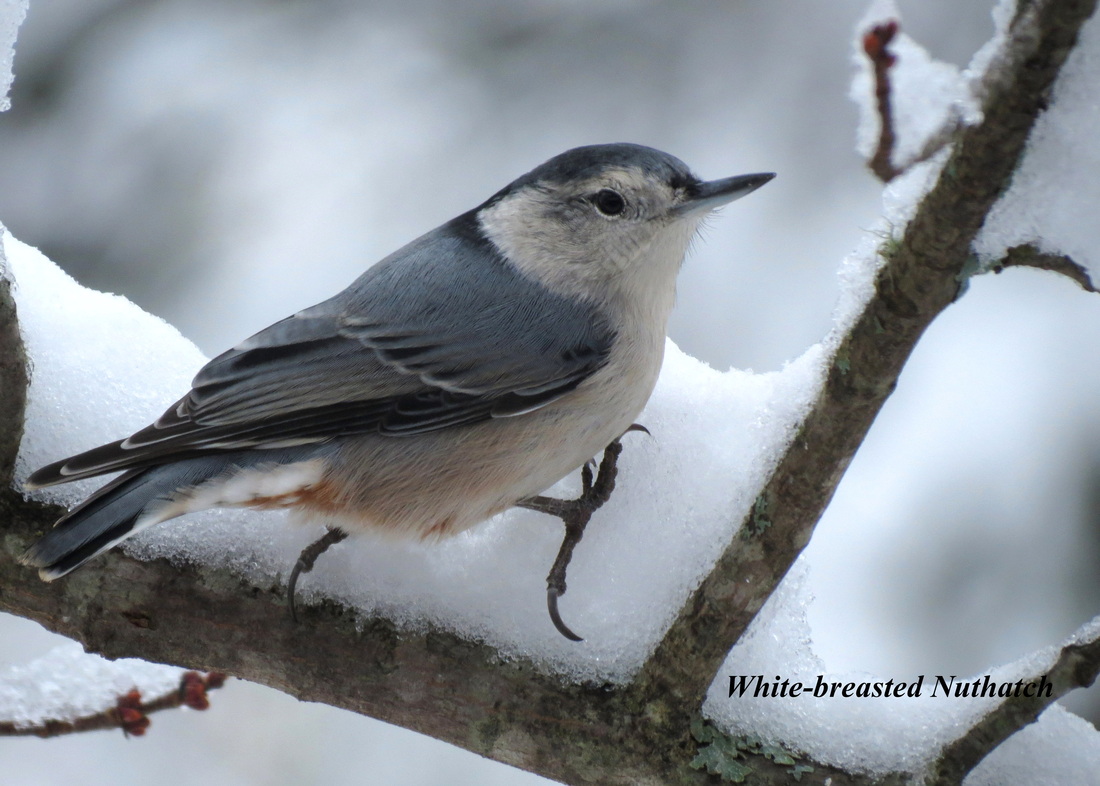 Ron Logan shared this photo. It was one in a group of photos that he calls his Winter Woods Warriors. Others in the group are the Black-capped Chickadee, Red-breasted Nuthatch, Blue Jay, Purple Finch and Dark-eyed Juncos. Here's a message he sent in with the group:

"Every now and then I like to pay tribute to the Winter Woods Warriors. Last week during the big storm that left 140,000 Mainers without power for one to five days, these guys worked on their daily chore of finding food, despite up to 12" of heavy wet snow, gusts near 50 mph and trees and branches falling all around them, and probably out from under them. Just another day without power for the Warriors.
By the way... if you live in Maine, the Dark-eyed Juncos are the sparrows you've been flushing lately from the side of the road as you drive by, or along trails and lawns."   Ron