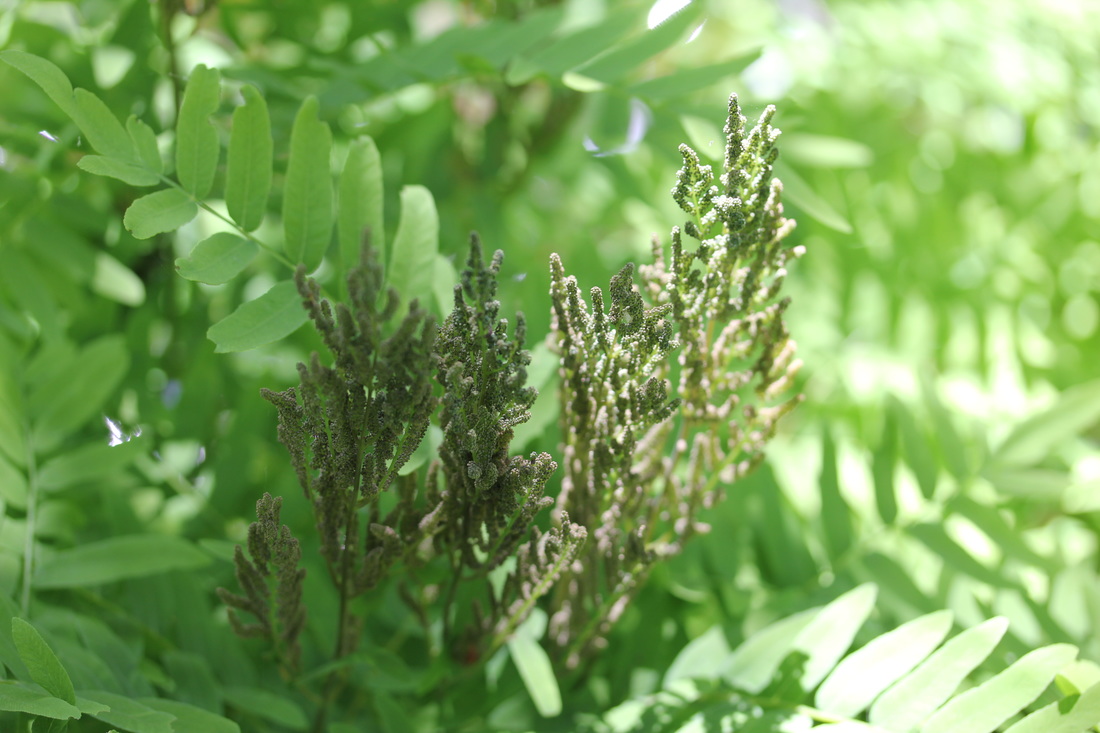 19 June 2015
Royal Fern
Olsmunda regalis
Surry, Maine
This photo was taken in Surry, but Royal Fern is found in Bangor too - primarily in wetlands. It can grow to almost 5 feet tall and has fertile and sterile fronds. The fertile frond is shown here in the foreground, the sterile in the background.
​Photo by Donne Sinderson