This bird makes a chertee cherTEE cherTEE CHERTEE CHERTEE (usually five times) noise that really grabs your attention. The song increases in volume and is quite loud. This particular bird wasn't moving around a lot, so my eyes didn't notice him right away because he blended in so well with the tree.

"They are common in mature deciduous or mixed forests with sparse shaded undergrowth. Seen mainly on the ground, walking with high-stepping gait and head-bobbing; often with tail raised. Olive above, white below, with distinct black streaks." (The Sibley Field Guide to Birds of Eastern North America).

From Merlin: The Ovenbird's rapid-fire teacher-teacher-teacher song rings out in summer hardwood forests from the Mid-Atlantic states to northeastern British Columbia. It’s so loud that it may come as a surprise to find this inconspicuous warbler strutting like a tiny chicken across the dim forest floor. Its olive-brown back and spotted breast are excellent disguise as it gleans invertebrates from the leaf litter. Its nest, a leaf-covered dome resembling an old-fashioned outdoor oven, gives the Ovenbird its name. 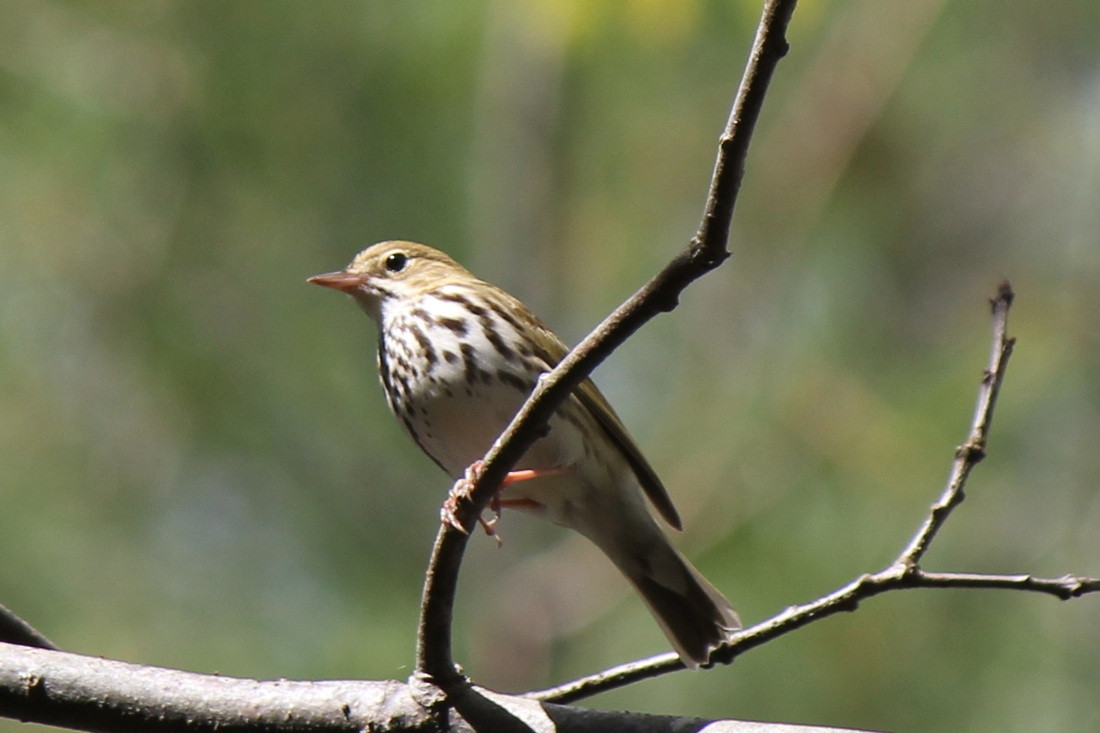