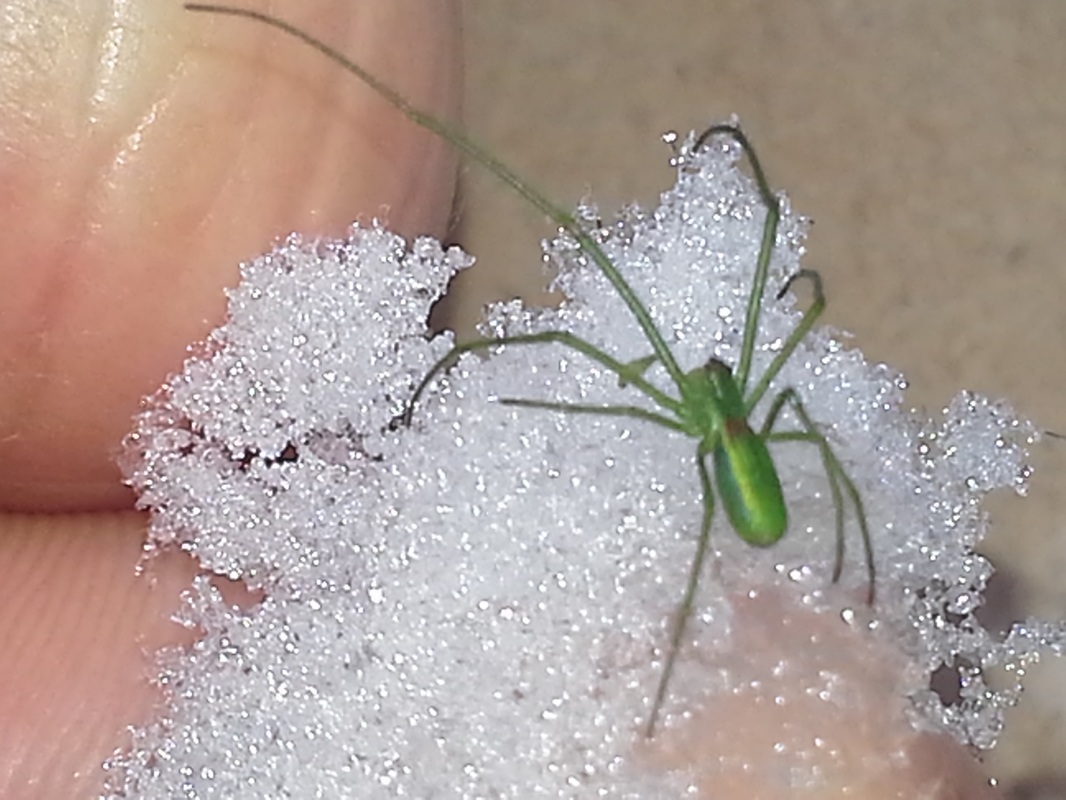 Thanks to Gudrun Keszocze for sending in this photo right before Christmas. It was sighted during the record warm weather we experienced that month. Gudrun's not very fond of spiders so it was a good surprise in more than one way. She emailed to see if I had any idea what it might be. The red patch at the front of the abdomen was the give-away since the photo doesn't show the eye pattern or mouthparts. According to Common Spiders of North America, this species is "found along the East Coast and in the Southeast. They are a spider of pine forests and occasionally other conifers. The web is built in the low branches of pine trees."  Thanks again, Gudrun!