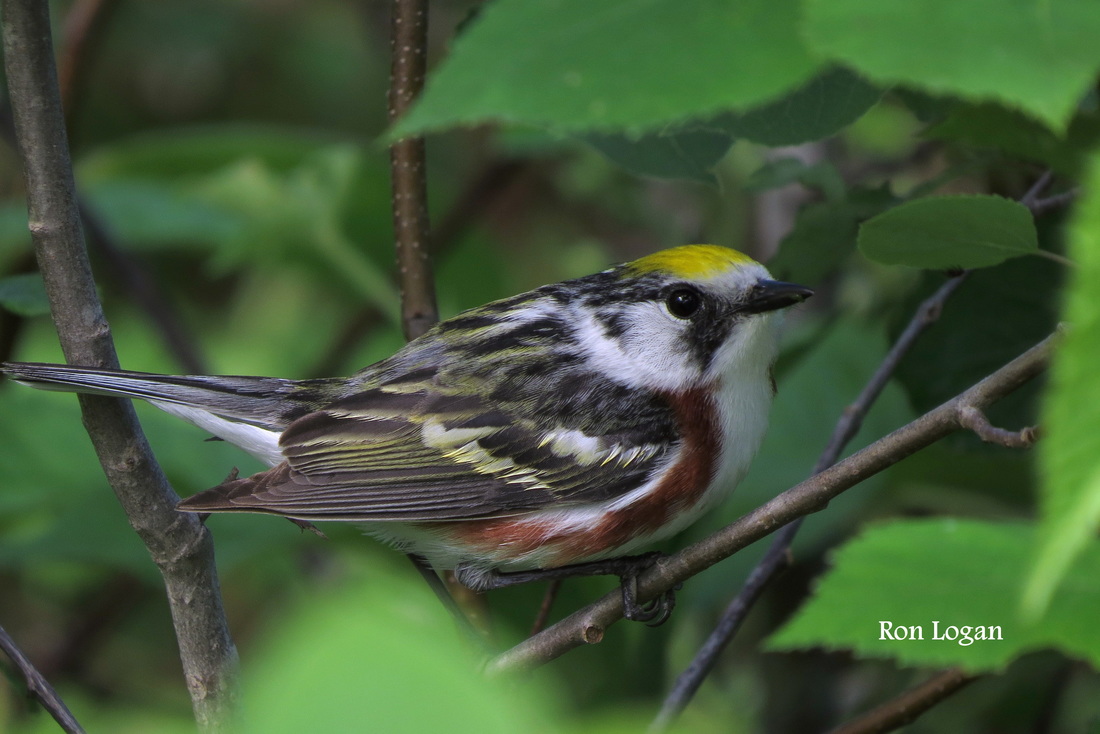 This photo was taken by Ron Logon and sent out to us on June 21. Thanks, Ron!
I've been away a lot this spring and completely missed the spring-migration-before-the-trees-leaf-out season.  Which is probably a season you aren't aware of. It is WAY harder to photograph warblers once the trees have leaves. Not that I ever find it easy. But despite the leaves, I did have some luck with a few species. This Chestnut-sided Warbler is on my All-Star Poser Team. Must be related to the Kardashians. With this outfit and a song of "miss-miss-miss you" he's real popular with the ladies.
He lives in the eastern U.S., from FL to ME and west fromTX to MN, but he only gets dressed up like this during the dating season in the northern part of the range. How many have you seen one? He weighs in at less than a half an ounce and winters as far south as Columbia  and Venezuela.
Ron