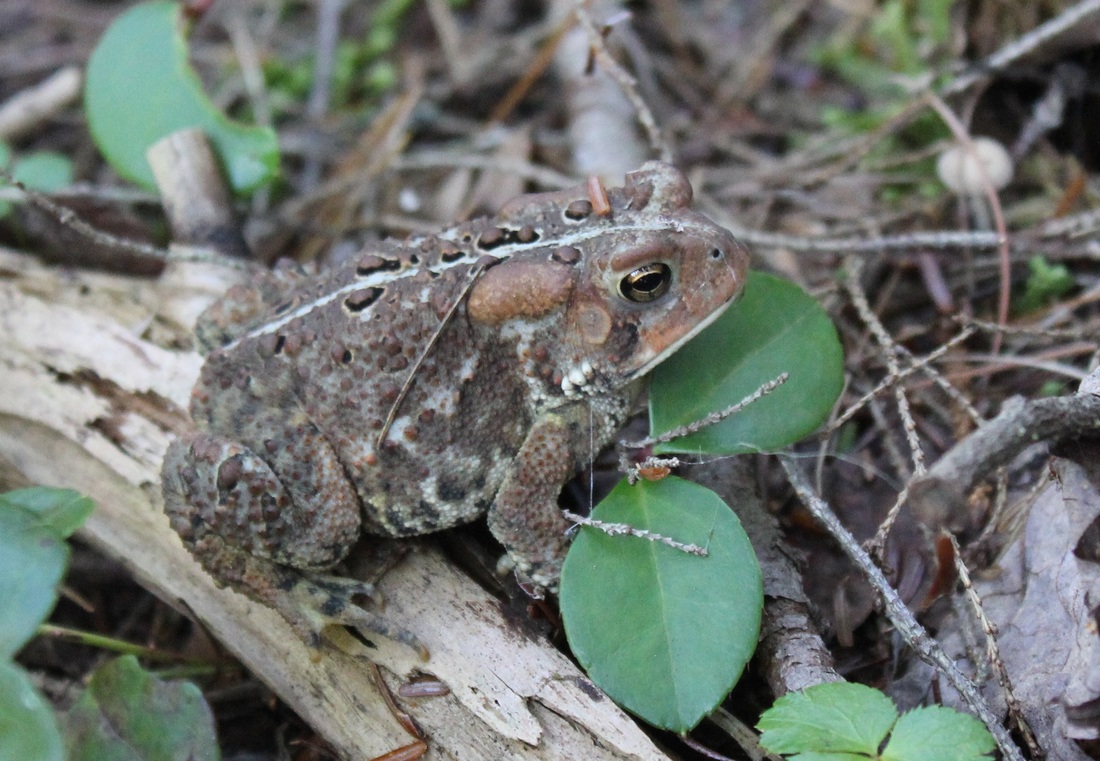 This photo was taken in western Maine, but American toads are in the Bangor area as well. This is the common toad that lives in gardens and woods where they eat spiders and insects and grow to about 4 1/2 inches. In early spring they move to wet areas to mate. The males call with a melodious trill that can last up to 30 seconds. Eggs are laid in the water in gelatinous strands near vegetation. The eggs hatch in about a week. "The black tadpoles often swim in schools as they feed on suspended matter, algae, plants and carrion. After 4 weeks of development they emerge on land as dark toadlets less than a half inch in size and disperse into woodlands and across suburban lawns."  [From A Field Guide to the animals of Vernal Pools by Leo P. Kenney and Matthew R. Burne.]
Photo by Donne Sinderson